With Genesis backing them up as their technical sponsor, Team Romania, Romania’s Dota 2 national team, has qualified for the World Electronic Sports Games (WESG) global finals scheduled to be held in Shanghai, China, in January 2017.

Earlier in September, Team Romania seized their spot in the offline European finals in Kiev for the South-East European region.
Romania was among the 15 countries that had qualified for the WESG European and CIS finals, alongside Germany, Sweden, Denmark, Norway, the Netherlands, UK, France, Spain, Ukraine, Russia, Belarus, Poland, the Czech Republic, and Serbia.

In the online phase, they cruised through the qualifier brackets without a single loss, sweeping through Greece, Bulgaria, Cyprus and Israel.

Only eight spots were available for the WESG global finals and the Romanians secured their place after a convincing 2:1 victory over the Dutch national team featuring WehSing “SingSing” Yuen and Alaan “SexyBamboe” Faraj.

A total prize fund of $1.5 million is up for grabs in the world finals, scheduled to be held in Shanghai, China, in January 2017.

“We have reached our objective: qualifying for Shanghai. Team Romania has shown glimpses of very good potential. We have learnt a lot from the Kiev experience, we’re aware of our faults – both individually and as a team – and we are excited to fix some small glitches and start training for Shanghai. We would like to thank our sponsors Genesis, Game Leap, PC Garage and DotaBlast.com for helping us set up a boot camp. The practice we managed to squeeze in before leaving for Kiev made a big difference for the team! We would also like to thank all our fans for their incredible support,” said Cristian “Ppasarel” Banaseanu, Team Romania’s coach.

“Our game is getting stronger and more harmonious with every day that goes by. We have every reason to be confident for Shanghai,” said Team Romania’s captain, Armand “bOne7” Pittner. 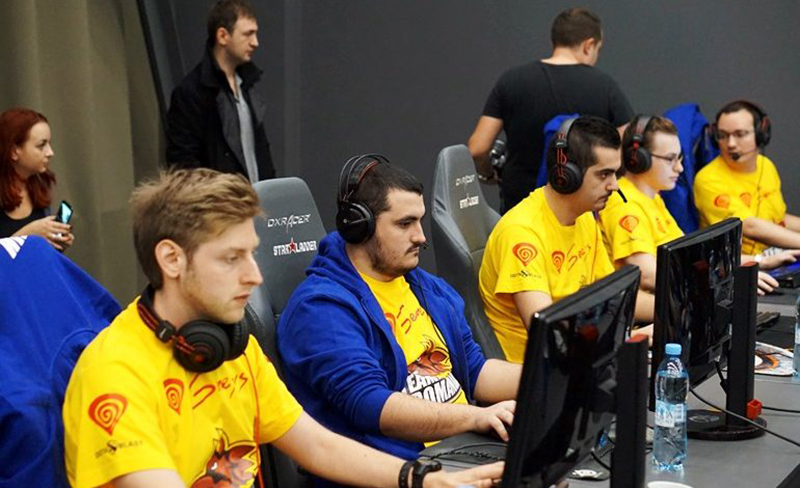